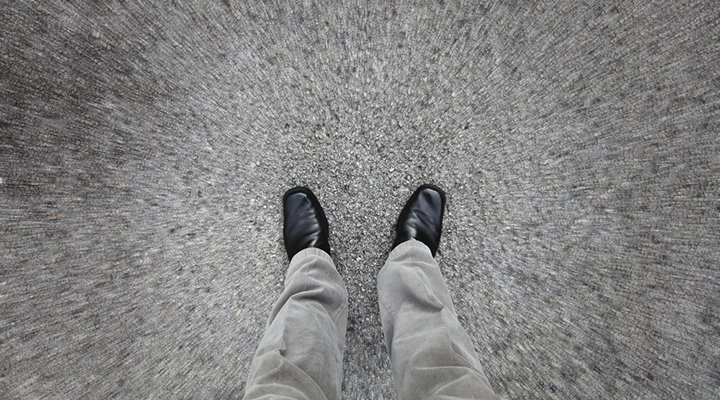 Have you ever suffered from vertigo? We take a look at the common causes and symptoms of Benign Paroxysmal Positional Vertigo, also known as BPPV

Written by Katsu Inoue, Physiotherapist at The Joint Physio

Do you or have you ever suffered from vertigo when you wake up in the morning or when you turn over in bed? Vertigo is a specific type of dizziness accompanied by rapid involuntary eye movement, causing the world around you to feel and appear as if it is spinning.

There are several known triggers of vertigo, such as a physical disturbance in the vestibular system (a sensory organ that detects your head position relative to gravity) in your inner ear; dysfunction of nerves that communicate between your brain (usually thought to be caused by viral infection) and the vestibular organs; or damage to the brain or spinal cord itself, such as suffering from a stroke.

If you have had a vertigo attack, you would know, as they are seriously debilitating and scary, especially when you experience one for the first time. Accompanying the severe dizziness, an attack will also often cause loss of balance and nausea, which can significantly affect your work and activities of daily living.

Benign Paroxysmal Positional Vertigo (or BPPV for short) is the most common form of idiopathic vertigo but it can occur following a trauma with a combination of characteristic symptoms (Von Brevern et al, 2007). The cause of BPPV is currently understood to be when crystals known as otoconia from the inner ear become dislodged and enter into the semicircular canal. Vertigo attacks caused by BPPV are elicited by change in head position, for example turning in bed. This then causes the movement of the crystals in the semicircular canal and sends wrong information to the brain.

This YouTube video illustrates what is happening in the inner ear when BPPV occurs.

Each vertigo attack usually lasts less then a minute (until the crystals stop moving) and rarely lasts over two minutes. If vertigo happens randomly and/or is long lasting, it is much less likely to be BPPV.

BPPV can often resolve on its own, sometimes within a month. Although, these vertigo attacks can be quite severe, so we recommend seeking treatment from your physio if the symptoms persist. Fortunately physio treatment for BPPV is straightforward and recovery is fast! Treatment involves a series of simple manoeuvres in order to reposition the crystals back to where they should be. Then we can help you get back to your normal lifestyle sooner, without the dizziness!